Lots of interviews, demos with archive and recent footage. 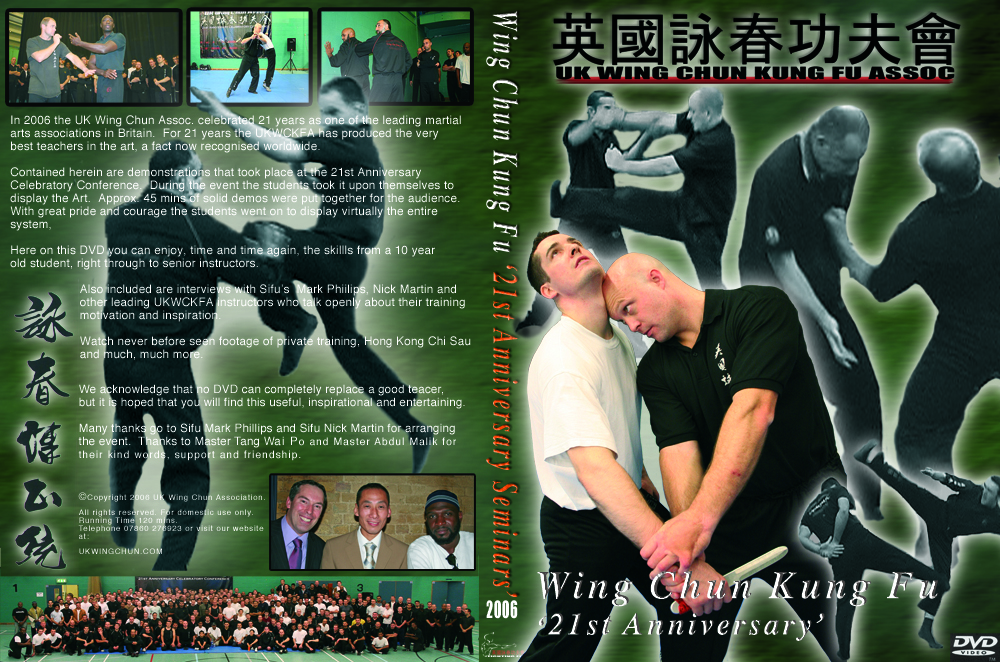 Sifu Mark Phillips ~ Enjoy this detailed profile and see the ‘Evolution of a Master’ as Sifu talks candidly about his journey, his experience in Hong Kong and so Much more. Rare achive footage of Sifu in his early days, sparring and competing and grappling. A must see!!!

Seminars ~ Enjoy the three seminars featuring Abid Mahmood Sifu (Back to Wall), Eric Wilson (Guard Skills) and Matt Tucker (Dog Brothers Knife Skills). Plus as an extra there is Archive from 1980 of some Sifu’s now retired teaching a multi skill seminar in Essex.

James Sinclair ~ Shot live at the conference, James just ‘Wing’s’ it with a great introduction to leg skills in the art. Unable to set anything, James just does what he does best, teach and enjoy Wing Chun!

Garry McKenzie Sifu ~ Salaams from Gary Mckenzie Sifu the Chief Instructor of The Wing Chun School. Here he talks openly of his past and some of the history of James Sinclair..