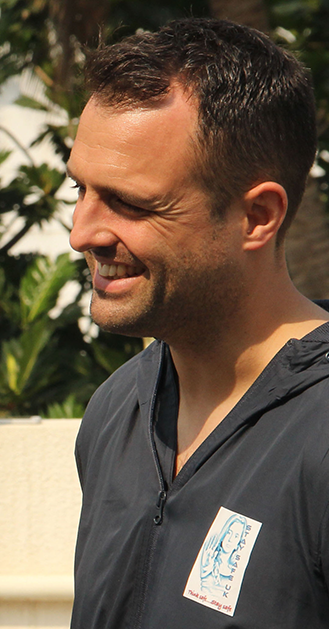 Sifu Nick Martin is a bright star, respected and liked within the Association. He has inspired many students and simply leads by example. Nick has passed three gradings to date and will certainly go on to pass the entire syllabus if things progress as they have so far.

Sifu Nick, made his ‘bones’ by training and teaching at our HQ and is a training partner for none other than Sifu Mark Phillips. He has now moved on to run three of his own successful branches. Nick is training and teaching full time and his fitness classes on Sunday morning have Nick Martin Sifu Wing Chun Kung Fu Mastercompletely changed those attending. Possibly the fittest individual in the Association, he is like a Duracell battery!

Nick teaches private and small group lessons at our HQ and also teaches the blind and disabled.

Nick also trained very hard in Grappling too. He made very good progress.

Sifu Nick Martin was voted ‘Student of the Year’ in 2001.

Nick and a few of the Wing Chun students, who trained hard with Progressive Combat at the HQ under Lee Catling, entered the South East of England Sombo Championships. Nick won a silver medal with only one lesson training by Sombo rules. The team won 3 silver and one bronze medal, a result to be proud of.

Nick travelled to Hong Kong where he demonstrated his Chi Sau and Form skills in front of many masters at the 2nd Ving Tsun Athletic Association World Conference. He has since been accepted as a lifetime member and recognised as a Sifu by the VTAA.

Nick travelled back to Hong Kong where he had a better opportunity to demonstrate his chi sau skills, rolling with many people. Nick even taught whilst in Hong Kong to some very impressed Wing Chun students.

Nick was awarded the prestigious ‘2006 Instructor of the Year’.

His teaching ability is superb, his inroads into teaching within mainstream schools and his Womens Self Protection scheme are all testaments to his maturity as a senior teacher within the UKWCKFA.

Nick has branches in