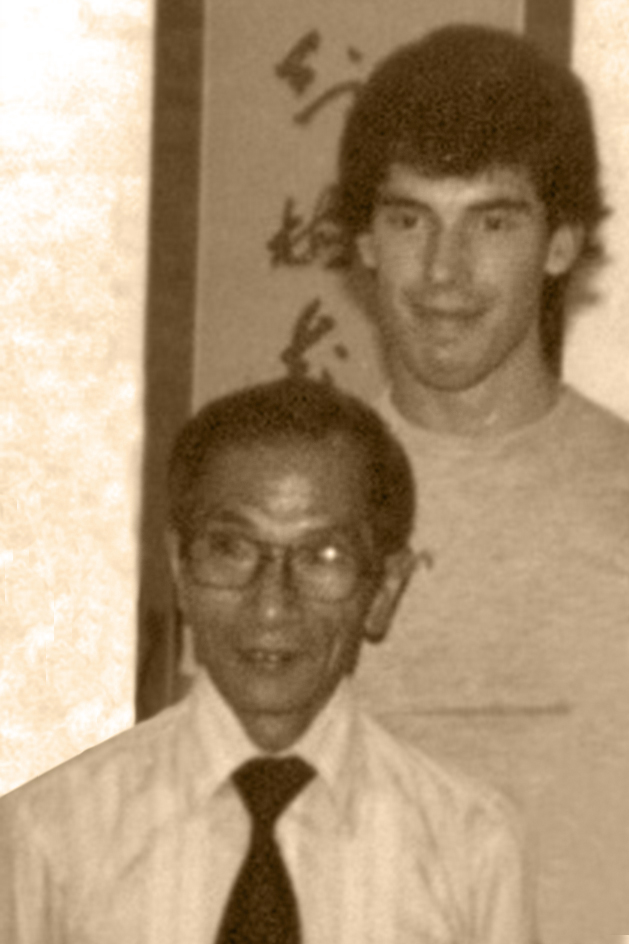 He has been responsible for promoting the Art all over the world and this is despite the fact that it was not his first choice.  Not many people may know that GM Ip Chun really enjoyed following Manchester United Football Club, in fact in 1989 James purchased the Grandmaster a video cassette on the history of the team.

In recent years a whole series of movies were made to honour the memory of grandmaster Ip Chun’s father, Grandmaster Ip Man.

These movies have proved a tremendous success all over the world.  They not only promoted the Art but also brought attention to the injustices that China suffered at the hands of the Japanese and Western Imperialistic powers.  Little is ever discussed of the racial abuse that the Chinese still suffer to this day.  For some reason, the Western press turns a blind eye to the outrages that occur around the world.

For James it was a pleasure to see his old friend play a cameo role in one of the films.

James Sinclair first met Grandmaster Ip Chun in 1981 when James was chosen to perform the Siu Nim Tao to the Grandmaster as an example of the standard of Wing Chun Kung Fu in the UK.

Grandmaster Ip Chun was in the UK at the time of the Royal Wedding of Prince Charles to Lady Diana Spencer.

As a small token of James’s respect, James bought the Grandmaster a Caithness Crystal Glass paperweight to commemorate the wedding and as a reminder of his trip to the UK.

James has been back and forth to Hong Kong many times in the intervening years.

In 1981 when James purchased the gift he was poorer than the proverbial church mouse.  The gift was a huge token and it was very gratifying to hear that it had also meant a lot to Grandmaster Ip Chun.

Remember that the UKWCKFA hold monthly MasterClasses at the National HQ in Rayleigh Essex.

We also began offering high quality live multi camera online classes in May 2020 due to the coronavirus pandemic.  These classes have proved popular with our students and guests subscribers from Australia, Canada, Phillipines and Spain amongst others.

Our online classes have produced hundreds of hours of high quality footage available to our subscribers.

For more details or to join from anywhere in the world please contact us on 07860 276923 or write to info@ukwingchun.com